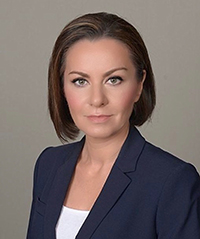 Dr. Stella K. Kantartzi joined the Department of Plant, Soil, and Agricultural Systems at Southern Illinois University Carbondale in 2008 and currently serves as Professor. She published more than 60 refereed manuscripts and six book chapters; edited one book; released four cultivars and five germplasm lines; and awarded over $6 million in federal and state grants. She serves as an Editor or Associate Editor for high-ranking scientific journals. In 2017, she was appointed Chair of the International Crop Science Committee of the Crop Science Society of America.

Her research interests include the development and release of plant cultivars with superior yield, resistance to multiple diseases, and other economically important traits; the application of novel lab and field techniques for accelerating germplasm development; and the identification, assessment, and characterization of new sources of genetic variation.