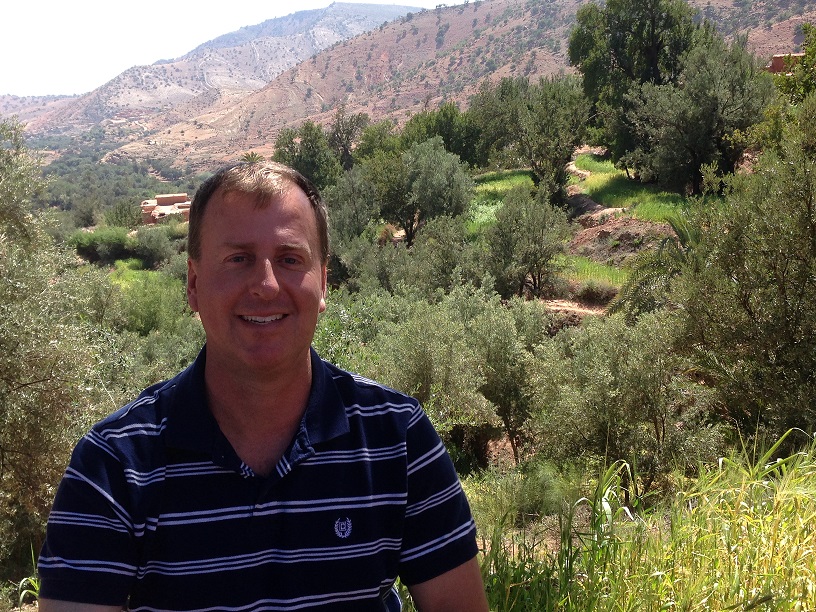 Alan Walters, professor in the Department of Plant, Soil and Agricultural Systems, is a Fulbright Research Scholar to Morocco. He is helping small farmers improve their vegetable crops for marketability by careful selection of native landrace varieties.

Consumers want consistency. They want to buy a pepper that’s the same size as other peppers, and they want carrots the same color as other carrots. That seems simple enough.

Except that it’s not simple – not in Morocco, where even fertile fields and Mediterranean climate can give way to drought all too easily. Small family farms in Morocco grow what they can, and consistency in size, shape and color is not necessarily the first focus.

Alan Walters, professor in the Department of Plant, Soil and Agricultural Systems at SIU, is a vegetable scientist, an expert on finding ways to improve farming methods. He’s working in Morocco with the Moroccan-American Commission for Educational and Cultural Exchange in Rabat, and the Institut National de la Recherche Agronomique (INRA) at its regional center in Agadir as a Fulbright Research Scholar.

The Fulbright research project began as a conversation between Walters and INRA Director Mohammed Badraoui, about improving marketability of vegetable crops for small farmers. Walters favors improving local traditional vegetable varieties as well as introducing vegetables that may thrive in a difficult climate.

Walters’ Fulbright is a serial, or flex, scholarship, which means that he will visit Morocco for two months in three consecutive years. His first visit was in 2015, and his 2016 visit was in early spring. He’ll return in 2017 for the final part of the Fulbright project.

“You can’t really conduct agricultural research in a six-month time frame, so the serial Fulbright option works best,” Walters said, shortly after he returned from his second visit.

In Morocco, Walters is working with INRA to improve revenue generation for small subsistence farmers. Morocco is blessed with some of the most arable land of all the Arab and African countries. Morocco exports many horticultural crops, including melons, tomatoes and various fruits to Europe, and is expanding commercial crops such as cotton, corn and soybeans. Cereal crops such as wheat and barley are staples in the landscape. Argan, olive and palm dates are traditional crops that are also widely grown.

However, other than the fertile lands near the sea, much of the land is arid and mountainous. In addition, poverty is rife in rural areas; 70 percent of the nation’s poor are rural. The small farmers in the less fertile areas struggle to survive.

Walters is trying to help these farmers grow more efficiently and to produce more not only for their own consumption but also to increase the value of what they bring to market for sale or export. And that’s where produce consistency comes into play.

“Many of the small landowner vegetable farmers use landraces,” he said. “The landraces are adapted to the climate, but they oftentimes do not produce a consistent end-product. If you walk into a field of peppers, you’ll find peppers as small as your pinkie-finger or as big as two or three fingers together, all the same kind of pepper, but different sizes and even shapes.”

A landrace is a domesticated, highly heterogeneous crop population that has adapted to the regional environment. Landrace farming is a traditional method in which farmers use seeds from what they produce, saving and holding seed from year after year. A major advantage is that farmer has little to no seed cost when using saved seed. However, a disadvantage, of course, is that landraces require effort on the farmer’s part to collect, save and store seed, and a bad year or two jeopardizes the farmer’s seed stock.

And then there’s the nature of the landrace itself. The high genetic diversity allows for adaptation to drought, heat and soil aridity – but the genetic diversity contained within landrace populations contributes to inconsistent appearance in the resulting produce. As noted, consumers tend to prefer consistent appearance, the kind of consistency produced by standard hybrid cultivars.

Cultivars are the result of careful breeding in pursuit of desirable traits – including consistency.  Commercial farming uses hybrid cultivars almost exclusively, with farmers purchasing seed every year. There are plenty of advantages, including access to the latest and greatest high yield, high disease-resistance cultivars. One might almost say the cultivar is good for profit and farming efficiency and the landrace is good for survival and adaptation.

In order to help the small farmers increase vegetable production, Walters began collecting dozens of landraces in different vegetables and melons to evaluate them for suitability to the harsh inland Moroccan climate. He’s currently involved in the evaluation stage, focused on carrots, melons and watermelons, onions, pumpkins and turnips. Ultimately, he’ll recommend the best-performing landraces for seed increase and eventual distribution to farmers. In 2017, he and the INRA team he works with will distribute seed from these best-performing landraces at a grower meeting at the research farm in Belfaa, south of Agadir. The procedure will help jumpstart the small farmers into increased production, a solution that Walters hopes has immediate as well as sustained benefit for them.

The Fulbright program was developed and implemented by the United States government to increase mutual understanding between the people of the United States and other countries through the exchange of persons, education, knowledge and skills. As Walters explains, the Fulbright program allows Americans to learn intimately about other cultures and people. His personal experience allowed him as an American not only to conduct valuable research in Morocco, but also to gain a comprehensive understanding of Moroccan food, culture, history and people, and is, as he said, an experience he will carry with him the rest of his life.

Walters’ Fulbright Moroccan experience is not his first for vegetable production work in harsh and often unsuitable climates. He also lent his expertise to Afghanistan with the U. S. Agency for International Development, and to The Gambia as part of the multi-organization-supported “Women’s Green Yard” project. He also teaches a global seminar study abroad class in Costa Rica, where students learn about tropical crop sustainability and biological diversity in what Walters described as a “once in a lifetime opportunity for students to see and learn about sustainable living and agriculture in a foreign country.” 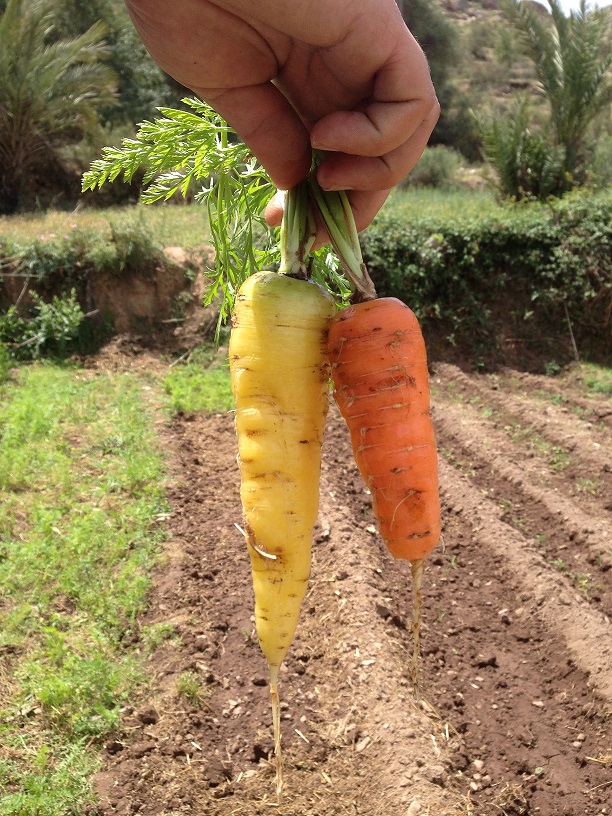 Examples of carrots in Morocco demonstrate the inconsistency in appearance common to the landrace varieties most farmers produce. Walters is helping small farm Moroccan producers grow vegetables that will withstand the climate but also result in a more consistent – and therefore more marketable – product.