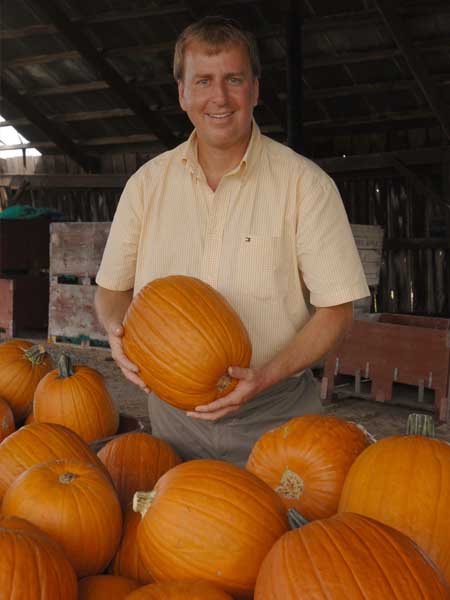 Dr. S. Alan Walters, an Associate Professor in Plant and Soil  Science, has conducted research on no-till techniques for vegetable production for years.  Tilling increases the break-down of organic matter in the soil, where no-till builds organic matter.  Walters states, “No-till actually builds organic matter in the soil, which enhances microbial populations, and increases the soil’s nutrient-holding capacity, which is good for growth.  No-till increases the moisture-holding capacity—you can dig down into the soil with your finger and feel it—so plants can withstand drought better.”   For pumpkin growers, no-till adds other benefits such as increased production/yield as well as increased size and girth.  To learn more, follow the link to the story below.