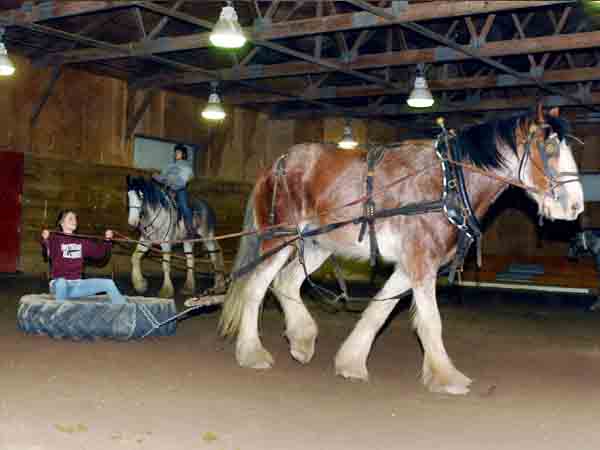 The Equine Program received two new arrivals in the Fall of 2009.   After learning about the Equine program at SIUC, Mr. Phil Farrell decided to send “Chip” and “Dale.”   Dr. Sheryl King, Professor of animal science, states “Our charge is to make them as versatile as they possibly can be.”  Farrell, owner of Farrell Clydesdales, believes by showcasing these animals to equine students, they will learn that Clydesdales can be used to do much more than pull carriages.  Both Chip (age 1) and Dale (age 2) have a lot of growing ahead of them.  The two “gentle giants” won’t fully mature until they’re around 5 years old.  To learn more about the two Clydesdales, follow the link below to the story, and watch the You Tube video.